Pann: The epitome of dumb, Suzy
Random compilation of her ‘less than intelligent’ moments throughout her career:

– Talking about how she slept all day in school and woke up when it was time to clean and go home. 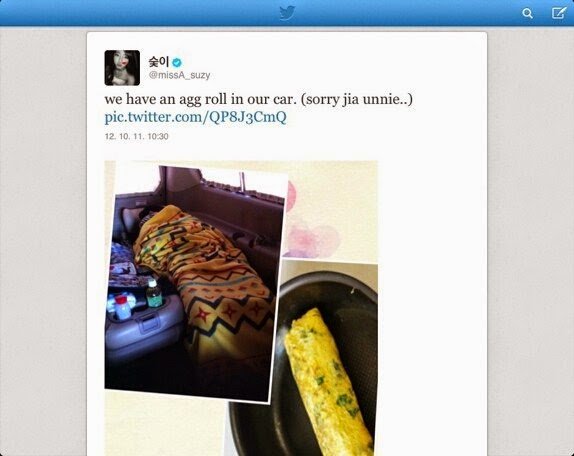 – Didn’t know the name of the UN secretary general 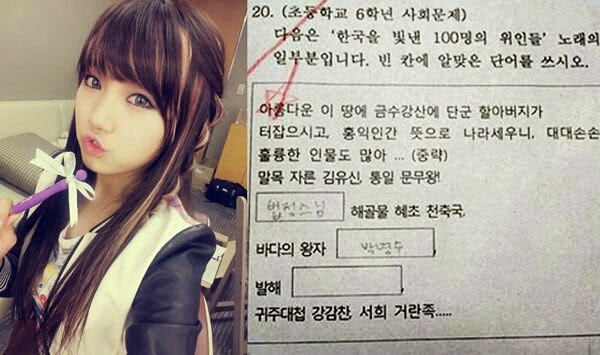 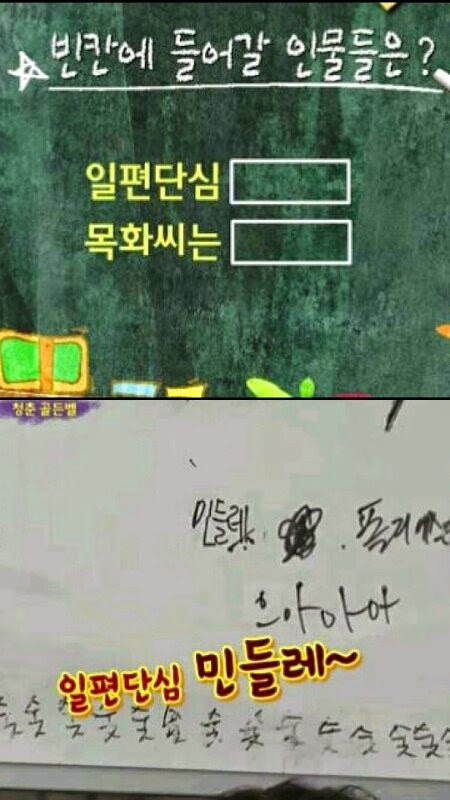 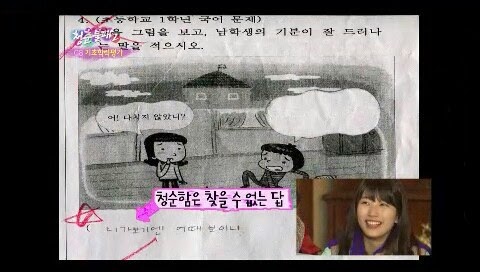 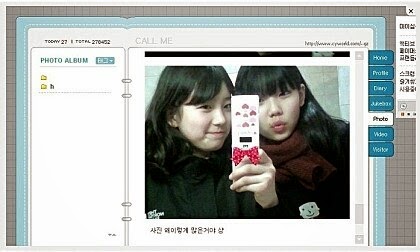 – Old Cyworld pictures of her swearing

1. [+130, -22] Even people from other countries know the name of the secretary general-nim… I get that as a celebrity, you’re not in school often so it’s hypocritical to expect them to be smart but come on, she wrote Park Myung Soo on a question asking for the king of the sea? ㅜㅜ And yeah, criticizing her harshly is crossing the line as well..

3. [+116, -24] Agg roll ㅋㅋㅋㅋㅋ She could’ve written it in Korean if she didn’t know the spelling, why English ㅋㅋㅋ Even pre-schoolers know how to spell egg these days ㅋㅋㅋ

6. [+44, -4] Even her fans don’t deny her being dumb because it’s known for a while now ㅋㅋㅋ But hey, at the end of the day, she may be dumb but she makes tons of money. Shows that book smarts isn’t everything ㅋㅋㅋ

7. [+43, -4] I still can’t forget when she won an excellence award with her crappy acting at the award ceremony and was fidgeting up on the stage while thanking Damon and her dog… her seniors were all cringing too. She just doesn’t have a brain at all. An ‘agg’? ㅋㅋㅋ Even elementary school kids know how to spell that

8. [+37, -4] Seeing dumb moments like this really makes you lose respect for an idol no matter how much you like them… I get that they had to train outside of the classroom but knowing Ban Ki Moon’s name is basic knowledge ㅠ

9. [+36, -7] I don’t really get people who like Suzy. She’s pretty, sure, but has no basic knowledge… seeing dumb moments like this just makes me lose all respect for her.

13. [+21, -3] (Cap of a tweet Suzy wrote about the movie ’26 Years’ where she had to delete and rewrite it because it was so grammatically difficult for anyone to understand, and even the second revision was still difficult to read)